Switched = Preset curves you select via a switch.

We love to help, please use our contact tab above. See the help button for installation issues.

These distributors have state of the art electronics. You should have a good understanding of the basic principles for installing distributors. ALWAYS! confirm your timing at the crankshaft against a point in the app with a timing light. This will sync the app and the motor.

If you do not feel qualified please reach out to your mechanic.

How to Test a 123ignition

Testing the Switched Model
Using a regulated power source like a 12v or 6v transformer you would connect the red 123 wire to the +ve on the transformer.
The -ve of the transformer would need to connect to the body of the 123. This is ground.
While the black from the 123 (if used) could have a light and also connects to the +ve. This would give a visual of the spark. 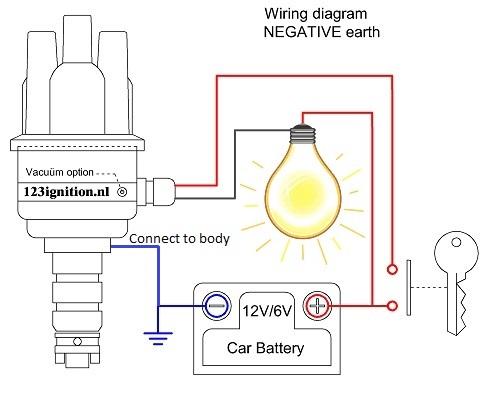 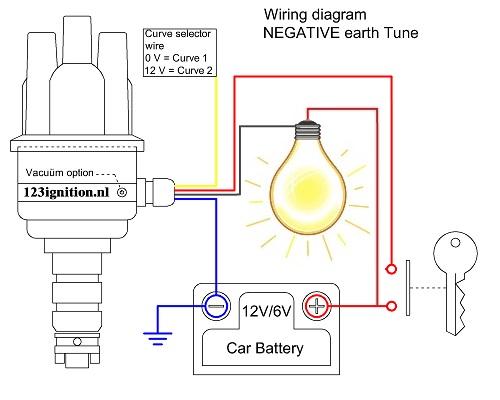 Testing the unit in the Car!

*) Due to automatic coil current control and faster charge of the coil, peak currents in the low voltage circuit are higher and resistances can cause problems. The higher spark voltages in the HT circuit require better isolation in the HT leads and coil.

Please be very careful with the white and yellow IE outputs.
These are common emitter outputs, this means they make connection with ground (-) or are open terminals.
If you connect these wires to the +12 volt, the circuit will get damaged immediate.